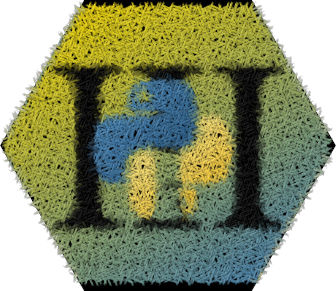 In Part II we discussed the Hexagonal architecture of ports and adapters, the role of the Domain layer and its influence on API and database layers. We exposed the application to the outer world via the HTTP API port.

In Part III we are going to put all the application pieces together. But before that, we have to connect the application to the database, research Django transactions in unit tests and set up exception handling on the HTTP API level.

We love Django for many things, but most of them all - is the fantastic ORM. Django ORM abstracts the underlying database so gracefully that swapping one database engine to another is just a matter of updating the application configuration. But what if there is another data storage not supported by Django? What if the data storage is a web service?

This problem is commonly solved via the Repository design pattern. A repository separates the logic of communicating with the database from the rest of the application. In terms of Hexagonal architecture, a repository is an SPI adapter that handles commands and queries from one or more related ports.

Strictly speaking, there is no need to use the Repository pattern here. We have already decoupled the application from the data stores via SPI ports. However, a repository is a convenient way of putting related adapter implementations in one place. The VotingUserRepository provides database-backed adapters for both FindVotingUserPort and SaveVotingUserPort SPI ports. It communicates with the database through Django ORM:

From domain models to database entities

The VotingUserRepository has to map the VotingUser domain model to data model(s) when saving to - and vice versa, when reading from the database. The VotingUser model holds three pieces of information, which eventually influence the database design [source]:

A more traditional way is to store ArticleVotes and VotingUsers in separate tables with an explicit relationship between them:

Although I drew article_vote.user_id and article_vote.article_id as foreign keys, this is not reflected in the example project code. There is some hidden complexity here, like - if a user gets deleted, should the article votes stay? Or should they remain intact if an article gets deleted? If yes - how should we preserve the data? I hope you would indulge me this simplification and leave the proper foreign key relationships and domain-specific deletion handling for another time.

I bet you already picture how to express these tables as Django models. Here is a tricky question: where should we put them? It's not hard to answer if you remember the structure of HTTP API adapters. Let's do something similar for our persistence SPI adapter:

Here is another unorthodox move: I called Django models "Entities". That is - to avoid confusion between domain models and Django models. There is no other hidden meaning of "Entity" in this case.

Here is the ArticleVoteEntity [source]:

The VotingUserEntity is simpler [source] :

The entity definitions are lean and have no methods in them. All that is required - is to map data from Python to database and back. And Django flawlessly does that.

Remember that I put no explicit ForeignKey relationships here, so we have to load the votes manually. A user is saved in the same fashion [source]:

Perhaps you are wondering: why map a VotingUserEntity back to a VotingUser domain model if we already pass it as an argument? The data passed in an INSERT INTO statement may run through numerous transformations before it reaches the data storage. The well-known case is an "auto-incremental" integer primary key generated via BEFORE INSERT triggers. So, it is paramount to return a domain model that resembles the updated database state, not what we pass to the routine.

A common way to handle database transactions in Django - is to wrap each HTTP request in a transaction. This works for simple cases. But what does it mean in terms of Hexagonal architecture? In Part II we created an HTTP API adapter, which invokes the VoteForArticleUseCase [source].

But there could be many other adapters - a command line adapter, a message bus adapter, an RPC adapter etc. We can't trust all those adapters to wrap a use case in a transaction. So, the burden of defining transaction boundaries is shifted to a use case implementation - an application service. An application service places the database write operations into a single transaction. The operations then roll back if one of them fails.

We know that an application service vows to be agnostic of SPI adapters' implementation details. But wrapping SPI calls in transaction breaks this vow. Correction: wrapping SPI calls in a transaction using Django routines breaks this vow. Django's transaction.atomic is the unambiguous way to wrap a code block in a transaction. It is used either as a decorator or a context manager. But the problem is that Python decorators and context managers are runtime constructs. Internally transaction.atomic operates on database connection object. While we certainly need a database connection at a run time, we don't need one for unit testing. This means that the following perfectly valid production code

fails in a unit test (pytest) with RuntimeError("Database access not allowed...") exception, unless a database connection is established. The exception suggest marking the test with @pytest.mark.django_db - but this turns a unit test into an integration test!

With all the "batteries included", Django doesn't include one for this case. My version of such a battery is @transactional decorator, which wraps a callable in a transaction for production, but skips it when running tests [source].

Code smell detected. A routine in a production code made solely for the sake of testing is a sign of a bad design. However, such hack is necessary to push a Django application out of the framework box.

Traditionally handling exceptions in Django views boils down to wrapping a block of code in try..except and returning an error-indicating result:

But how does an API adapter handles an exception raised by an SPI adapter? The dependencies directions principle in Hexagonal Architecture reminds us that API adapters should not be aware of SPI adapters' innards.

Instead, they are aware of interfaces exposed by SPI ports. An SPI port is not necessarily a bare interface. It includes type definitions, exceptions and other constructs that make an SPI port a whole. Our SPI port includes such an exception [source]:

The SPI adapter catches the downstream User.DoesNotExist exception and re-throws it upstream in form of VotingUserNotfound [source]:

Now that we know which exception to catch in the HTTP API adapter, let's discuss ways to handle it. The most obvious way is to wrap the body of ArticleVoteView.post() in try..except statement. That works fine for a small number of exceptions, but in a larger application with lots of exceptions of a similar origin, a common mechanism might be preferable. For example, an "Entity Not Found" exception can be expressed as the HTTP 404 response for any kind of entity. Luckily for us, Django Rest Framework provides a common exception-handling mechanism. You can define a custom exception handler function and set REST_FRAMEWORK.EXCEPTION_HANDLER settings value.

If a simple form, the handler catches SPI exceptions and converts them to an HTTP response [source]:

Notice that container only exposes a single entry point: the HTTP view, i.e. the API adapter.

Django expects to find models in application's models.py file. Since we declared the entities deep down in SPI adapters, they have to be imported manually here [source]:

The Final Assembly is a slightly misleading term. There is no need to wait for all the components to be available to assemble a production-level application container. On the surface, a container exposes an API entry point, backed either by a production-grade component or a dummy.

So, the dependencies container should not be the last but one of the first items on the list when building an application following Hexagonal architecture principles. You can add the components to the container as they get ready and test every time how they fit together [source]:

At the same time, a simple smoke test can make a vote by a non-existing user and expect a response with HTTP 404 - Not Found status back:

This test can also run against an application-in-development with a dummy HTTP or SPI (database) adapters. Replacing a dummy adapter with a real one should not require any modifications to the test.

It took me almost two years to complete this article series. The example code lived through two major rewrites and has been continuously evolving. I am satisfied with the output and the outcome of this work. It helped me to understand Hexagonal Architecture and dive deeper into DDD. I hope it makes an inspiring impact on fellow Pythonistas!

Traditionally, Jere "Urokhtor" Teittinen gave priceless feedback on the draft, for which I am very grateful!