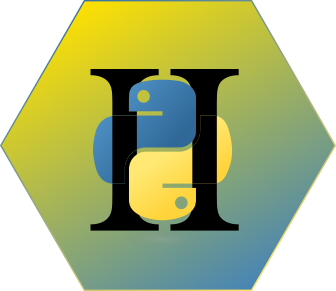 Now that you are familiar with the basic principles of Hexagonal architecture (see part I) let's try implementing a Django-based application following these principles. I've chosen Django for this exercise to demonstrate that even an opinionated framework is not an obstacle for Hexagonal architecture. What about the other web frameworks, like FastAPI, Flask, AIOHTTP with SQLAchemy or a NoSQL data store?

Hexagonal architecture painlessly decouples the business logic from the technical details of HTTP communication, file system and database access, messaging and so on. You can swap Django with FastAPI, get rid of Django ORM and go with SQLAlchemy, and the business logic implementation remains the same!

The source code of the example is available at BasicWolf/hexagonal-architecture-django Github repository.

Clone the repository before reading further. The layered hexagonal architecture means deeply nested python packages. It's much easier to follow the article when the example code is available locally.

A Django project is easily recognized by the top-level structure:

The example application is structured as follows:

Notice that Django is used only in adapters. Django Views are HTTP API adapters and Django Models are Persistence SPI adapters. The rest of the project is independent from the framework.

Use case: Upvote an Article

Now, let's take a look at an example use case. Imagine a web blogging platform in development. We want to add articles rating and let the users influence them.

We gathered with the end-users, platform experts, QA, and other stakeholders and drew some ideas:

A user story is born:

Where do we start?

That's a simple question, isn't it? Let's consider the options:

A discussion between the developers, users and domain experts gives a birth to a domain-specific language, where each term has a particular meaning. We call this language - Ubiquitous language (UL).

In Hexagonal architecture, the domain layer encapsulates the business logic and business processes. On the code side, the UL terms are used in the names of classes, methods, and other code units. Thus, by looking at the code, you can always tell how it is related to the problem domain.

For example, a vote can be represented via the following enumeration [source]:

Notice that even the private methods _user_voted_for_article() and _karma_enough_for_voting follow the domain language. A fellow developer can easily map the code to the domain model and business rules.

You may wonder what VoteForArticleResult and SuccessfullyVotedResult are. Recall the basics of Hexagonal architecture from Part I:

Dependencies are directed from the outer layers to the inner centre.

VoteForArticleResult [source] is a domain data transfer object model. It carries the voting result from the innermost application layer - the Domain - to the outermost API adapter layer.

Writing tests for a domain model is straightforward since VotingUser.vote_for_article(...) return value is determined only by the VotingUser instance state and the method input values. With meaningful fixtures names, tests turn into simple scenarios, for example [source]:

Once the domain model is fully implemented, we switch our focus to its primary users - application services.

This dummy implementation is good enough to echo the commands back, but much more needed to execute the use case. For example, where does the application service get a VotingUser?

In Hexagonal Architecture, an application service communicates with the outer world via Service Provider Interface (SPI) ports. The application service fetches the users by user_id and article_id. That can be expressed in a FindVotingUserPort interface as follows [source]:

We add FindVotingUserPort as a dependency to the application service. In practice, we add a respective field and a way to initialize it via constructor:

Can you tell, what actual implementation is behind that interface? Is VotingUser found from a file? A database? Perhaps another HTTP endpoint? Or a hard-coded value? The application service does not care. It just makes a call:

Another responsibility of the service is to persist the voting results.

It terms of Domain-Driven Design, VotingUser is an Aggregate root. To update an article rating we have to persist a VotingUser as a whole. SaveVotingUserPort takes care of that [source]:

Putting the service pieces together

Finally, ArticleRatingService has all the bits and pieces required to execute the use case [source]:

First, the service gets the required VotingUser. Next, the user votes for the article. Last, the service checks whether the user has successfully voted and persists the user state.

Do you remember that an application service is supposed to orchestrate the flow without any knowledge of its content? You may have noticed, that our application service does not fulfil this promise. The service controls the flow in match voting_result: block. I had to cheat here to make the code easier to follow and comprehend. One of the purer alternatives is the Domain events mechanism. It is a very interesting, but a huge topic, and unfortunately it falls out of the scope of this article.

For example, we test that the service persists the voting user [source]. The only dependency explicitly declared and passed to the service builder is SaveVotingUserPortMock test double. All other dependencies are provided by the build_article_rating_service() builder function:

The application service which implements VoteForArticleUseCase is ready. Next, we implement the adapter that invokes the use case.

Let's start with the specification skeleton. Notice how the request and responses are derived from the domain model:

I deliberately omit the complete specification since the topic is out of this article's scope.

Django Rest Framework is the obvious choice to facilitate a RESTful endpoint implementation with Django. Beside the request and response processing, the logic fits into few lines of code [source]:

The view has one dependency: an object which implements VoteForArticleUseCase protocol [source]:

As we already know, the ArticleRatingService has implemented this protocol as is ready to be wired with the controller.

Testing a HTTP controller is no different from testing an application service. Every test injects a tuned double of the VoteForArticleUseCase dependency and asserts the expected state or behavior. This makes the view testing times more lightweight compared to the traditional, spin-it-all-up Django app testing.

For example, how to test a scenario, where a user tries to vote twice in a row? [source]

And here is the VoteForArticleUseCaseAlreadyVotedStub [source]:

Please pause for a moment. Does it take much effort to grok the test? Did you notice that the test does not interact with rest of the application? Did you also notice that it takes only five lines of code (three, if you put the return on a single line!) to mock "the rest of the application"? The responsibilities are clearly decoupled, and there is no need to set up a database or any other service to test an HTTP endpoint.

This concludes Part II of the article series about Hexagonal Architecture and Python and Django. Part III will discuss how to use Django Models in SPIs, manage database transactions and put all the application pieces together. Stay tuned!

I would like to express my very great appreciation to Jere "Urokhtor" Teittinen and Jarkko "jmp" Piiroinen for reviewing the article and helping to improve it!